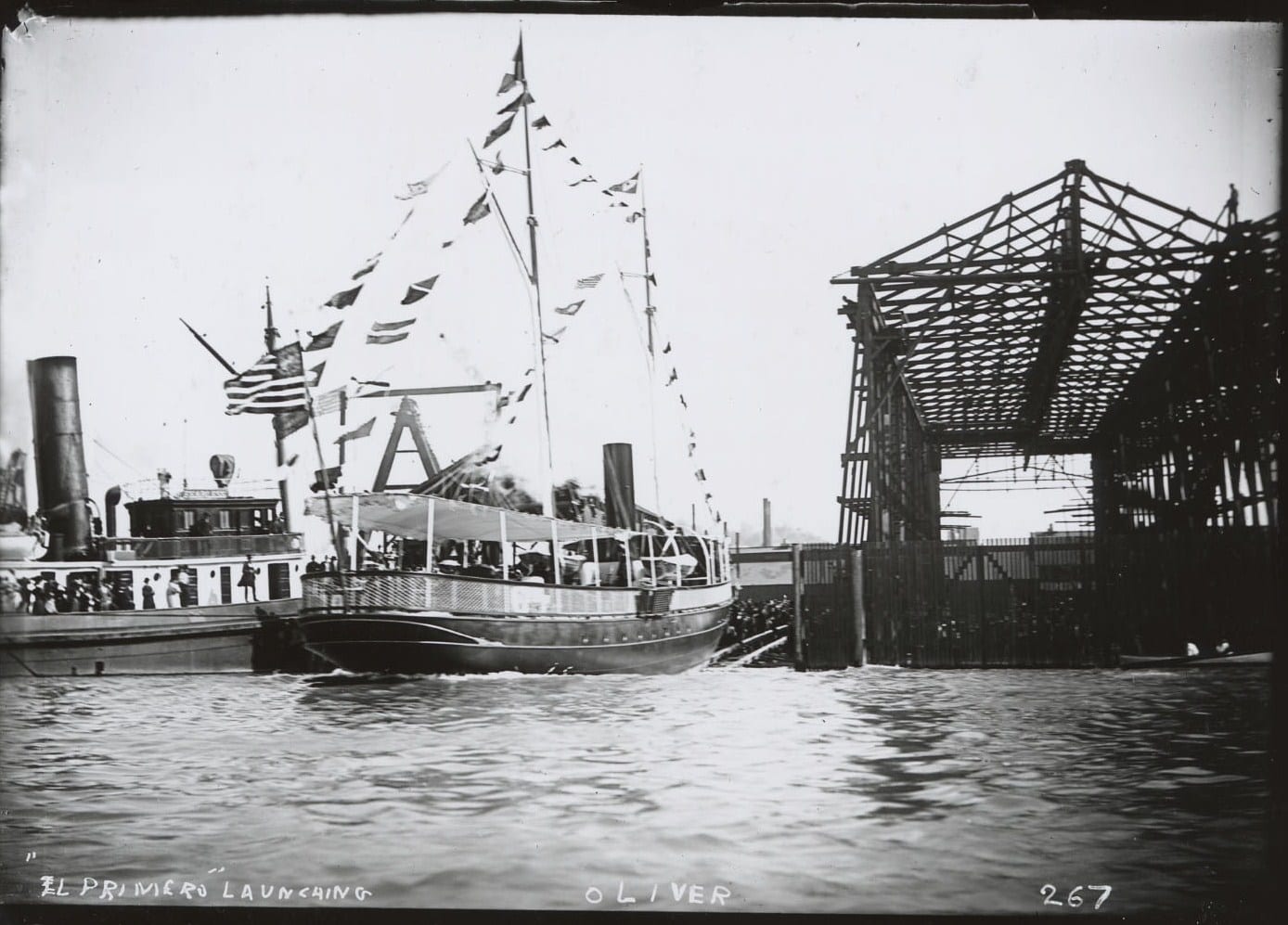 Bethlehem San Francisco was founded as Union Brass & Iron Works in 1849, by Peter Donahue, one of San Francisco’s three Donahue brothers, who were known as the “iron men”.  It was sold to Bethlehem Steel in 1906 but continued to use the Union Iron Works name until 1917, after Bethlehem acquired Quincy, Sparrows Point and a number of smaller yards, and standardized the yard names and the hull numbering system.  The San Francisco shipyard was expanded in 1911 by the acquisition of the adjoining Risdon Iron Works, which had built locomotives, and this facility was used in World War I for destroyer construction.  The yard remained in continuous operation throughout the inter-war years and was the only major shipbuilder on the West Coast prior to World War II.  Bethlehem Steel sold the yard to the City in 1982, for a dollar.  It was then leased to Southwest Marine under the name San Francisco Drydock and continues today as a division of BAE Systems.

Can you help us complete our research? Contact us