The inaugural program “WE STICK TOGETHER”, the first in our Maritime Historical Preservation Series, was held on Wednesday, November 13, 2013.  The program honored the five Sullivan brothers who lost their lives in the 1st Naval Battle of Guadalcanal on November 13, 1942, and the historic Bethlehem Shipbuilding Corporation that launched the USS THE SULLIVANS (DD 537) in their honor on April 4, 1943.

Leading up to Captain Roncolato’s presentation was a memorable video tribute by Kelly Sullivan Loughren, granddaughter of Albert Sullivan.

SF Chronicle Features columnist Leah Garchik attended the presentation and gave the Museum event coverage in her article on November 19, 2013.

If you were in the audience you may have been chronicled by our roving photographer, Richard Hansen, of the Virtual Museum of the City of San Francisco.  Take a look at our gallery below. (click an image to increase its size) 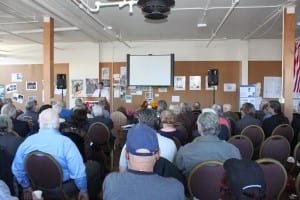 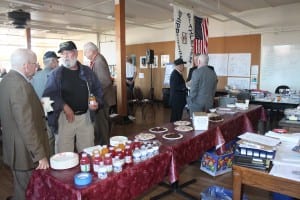 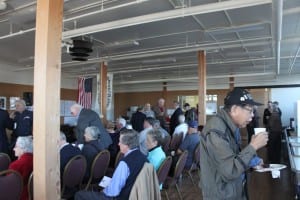 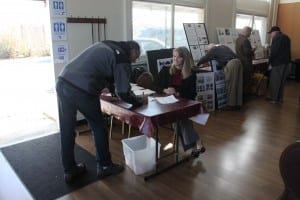 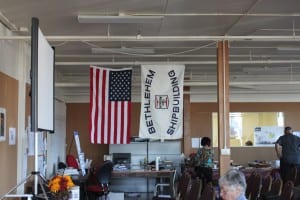 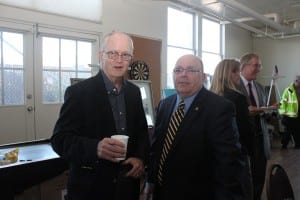 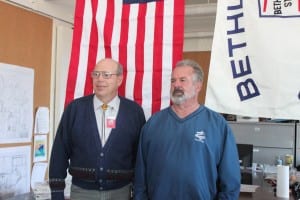 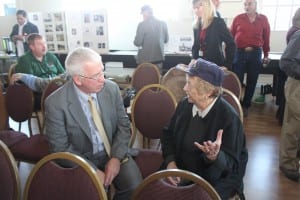 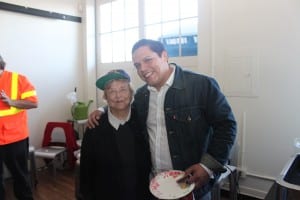 Gladys Hansen, Curator of The Virtual Museum of the City of San Francisco, with Everardo Mora of Orton Development, Inc. 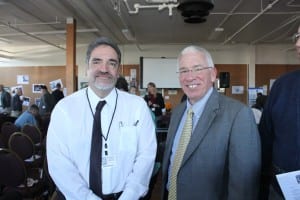 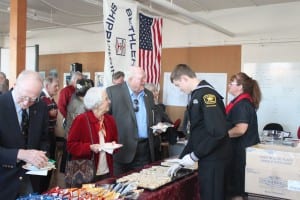 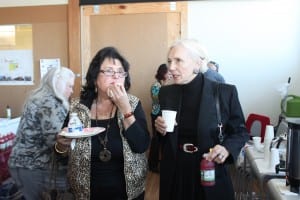 Guests from the California Heritage Council 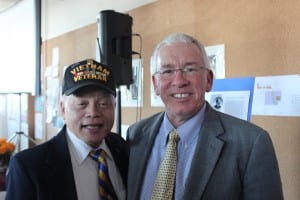 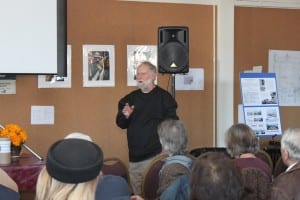 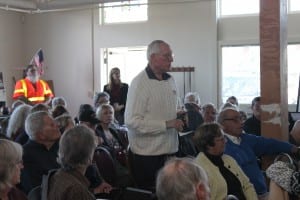 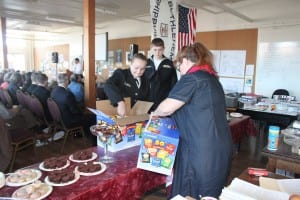 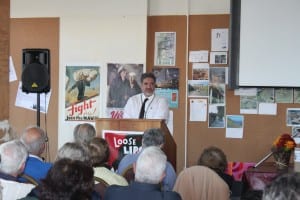 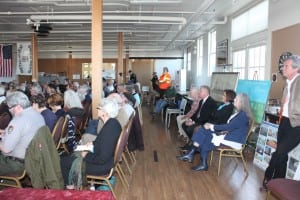 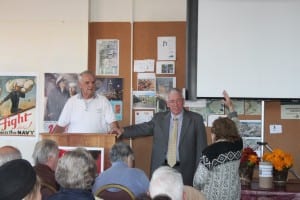 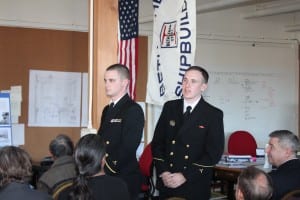 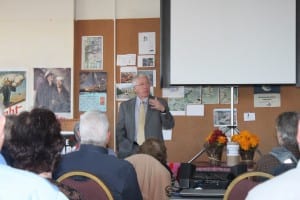 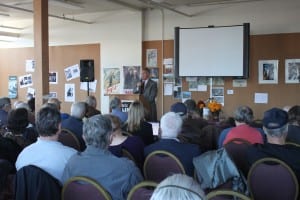 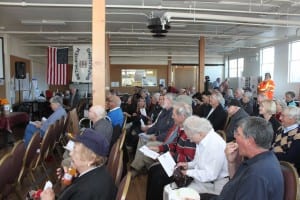 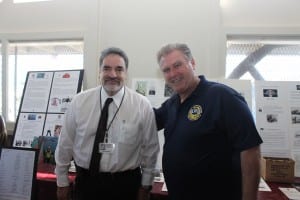 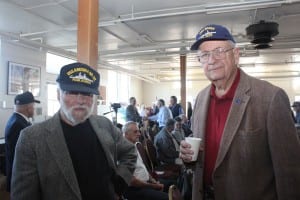