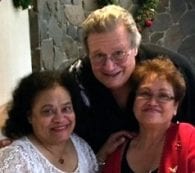 The Bethlehem Shipyard Museum would like to extend our most sincere condolences to the family of Rich Cassinerio.

Richard was born November 13, 1941 in San Francisco to Albert and Isabel Cassinerio. He graduated from St. Ignatius High School and attended San Francisco State College. He was a Comptroller at Bethlehem Steel for 22 years and Accounting Manager and Cal Trans for 15 years. Richard was in charge of annual Bethlehem Steel reunions. He loved family visits, dinners with friends, cruising, gourmet dinners and fine wines.

Richard is survived by his son, Greg, grandkids, Jason and Austin, many cousins and longtime companion Carol Pommier.

Donation to The Cancer Society in lieu of flowers appreciated.