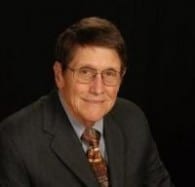 The Bethlehem Shipyard Museum would like to extend our most sincere condolences to the family of Sam Sause, who passed away on Thursday, December 11, 2014.

Sam was quite active within the Navy League of the United States, Alameda Council, and served as a national director on both the Merchant Marine and Membership Committees. He was well liked by those within the San Francisco Bay area maritime industry who knew him. His company Grand Transport Agency, based in Alameda, provides all port services and domestic transportation services, including pick up and delivery of Containers, as well as local, regional, and interstate cargo. Sam served on the board of the Propeller Club of Northern California. He supported the International Maritime Center, Oakland. He was also a member of the Rotary Club of Alameda.